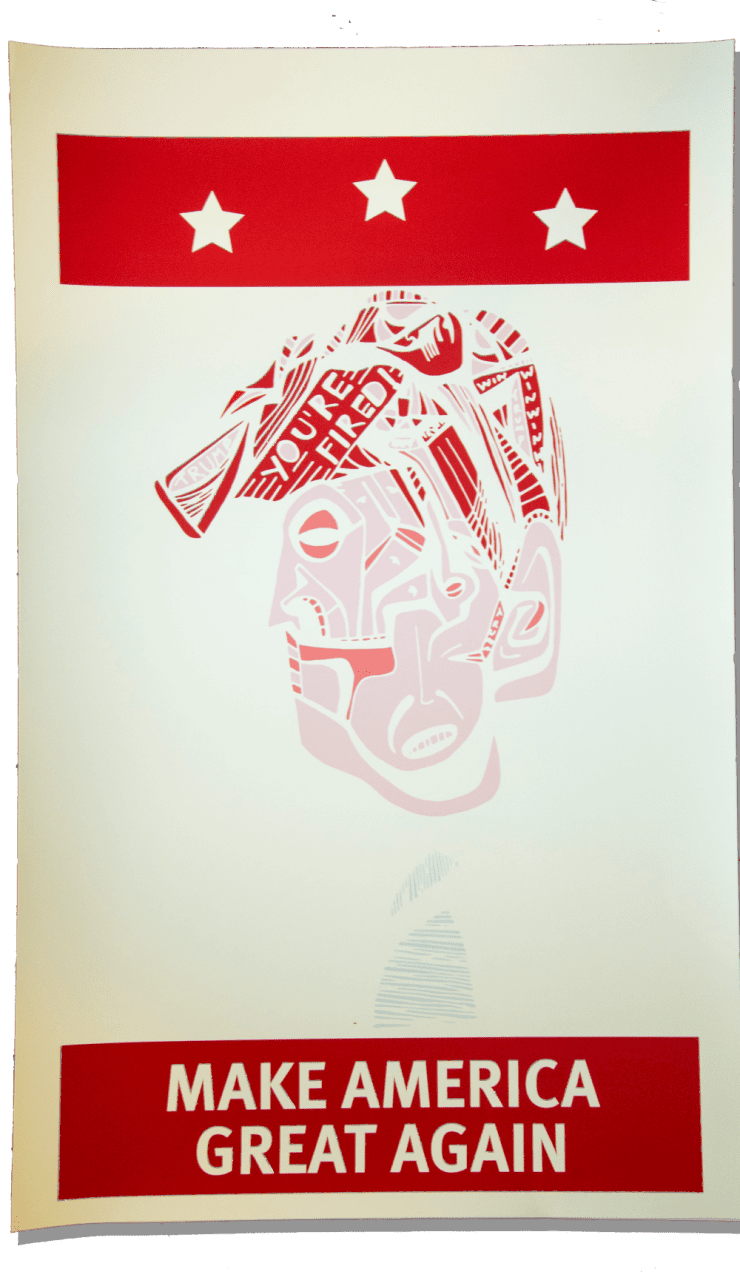 America’s 2016 election boiled down to four candidates: Ted Cruz, Hillary Clinton, Donald Trump and Bernie Sanders. Chaos ensued among our entire country as we burst into political arguments. I illustrated four abstract campaign posters while reflecting upon this historic election – how did we all choose who to vote for?

We all remember that night. Red bleeding across the country as Trump’s lead became inevitable. Liberals were panicking on Facebook. Fake news had gone awry! That election changed us and I wanted to know why. An ideological warfare had begun and in a world where expressing your opinion is literally at your fingertips, we all had a say.

I decided to explore our leaders. I listened to speeches, interviews, debates and rallies. I dissected their policies and their history. While listening, I drew each candidate with Faber Castell ink pens, then scanned the illustration into Adobe Illustrator where I edited the color and linework to create ghost-like campaign posters of each candidate we could vote for.

Each work is printed on Epson Hot Press Bright Paper with Archival inks. The color should outlast our grandchildren. Let’s hope they learn from our mistakes, our rivalries and our ignorance so that their future may serve them better. An additional handcrafted frame is available to add on in the Shop.

This site uses Akismet to reduce spam. Learn how your comment data is processed.