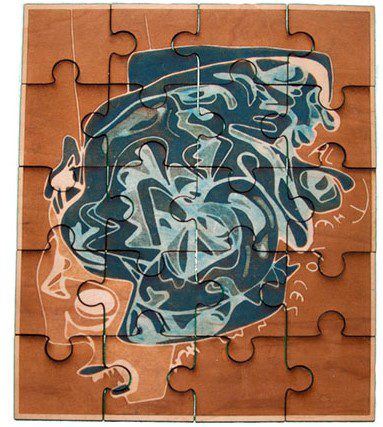 I don’t think I am alone with the thoughts that haunt. I’ve got a bully in my head that bangs me around, bumping me into self-indulgence and self-hatred. She reminds me of all the things I wanted to do but didn’t. She reminds me about how I didn’t measure up. But most of all, she reminds me that everyone else around me is doing a much, much better job at this than me.

Ah yes, the Critic, beloved Critic. It thinks its protecting you but really it wreaks havoc among the mind. I took mine to dinner the other night, I fed her, I listened and I noticed how filled with fear she was. She is petrified of losing everything she loves. So she badgers me, tells me what I am doing wrong. She is trying to make things right…but she just makes it hurt all the more.

I continued to feed her and continued to listen…but I didn’t let her beat me. When she started to bitch and nag, I asked her to stop. I thanked her for her intentions but told her that they were actually doing more harm than good. “You’re paralyzing me with all your fears and doubts,” I told her. “I can’t get ahead because you keep reminding me why I’m not.”

At first, she backfired, “I’m just trying to make you better. I’m only protecting you from all the hurt. You’ve needed me.” And she isn’t wrong, I did need her.

But then, something happened. It’s like she took center-stage. She began to predict the future. But this future she was predicting was based upon my past experiences. The bad ones. She internalized the hurt. She never let me forget it.

We all have an inner-critic inside. Some are more intense than others, that is for sure. Mine is particularly neurotic. I’ve struggled to see its purpose and have spent a lot of time trying to avoid it than facing it head on…but avoidance tactics never work long-term.

This extended time that we are spending inside is bringing up a lot of demons for many of us. It is like we are collectively being asked to examine all the parts of ourselves under a microscope. The isolation combined with social media has led a lot of us to Comparison Nation. It’s so easy to glorify the paths of those around us. It’s so easy to think we should be somewhere other than where we are.

But what if we started talking back to our inner-critics more often? What if we tapped more fully into our Higher Selves and told our critic to back down? What if we empathized with the critic rather than dreading its existence?

I believe we have many voices or selves within that make up our whole self. In order to grow, we must begin a conversation between them. We must listen. Listen listen listen. And with gentleness, talk back to ourselves. Be kind. You are your own worst critic, that is for sure, but maybe you could be your best cheerleader too.

This is the first of a series of posts for Mental Health Awareness Month.

This site uses Akismet to reduce spam. Learn how your comment data is processed.